Dogs and the Dangers of Blue-Green Algae 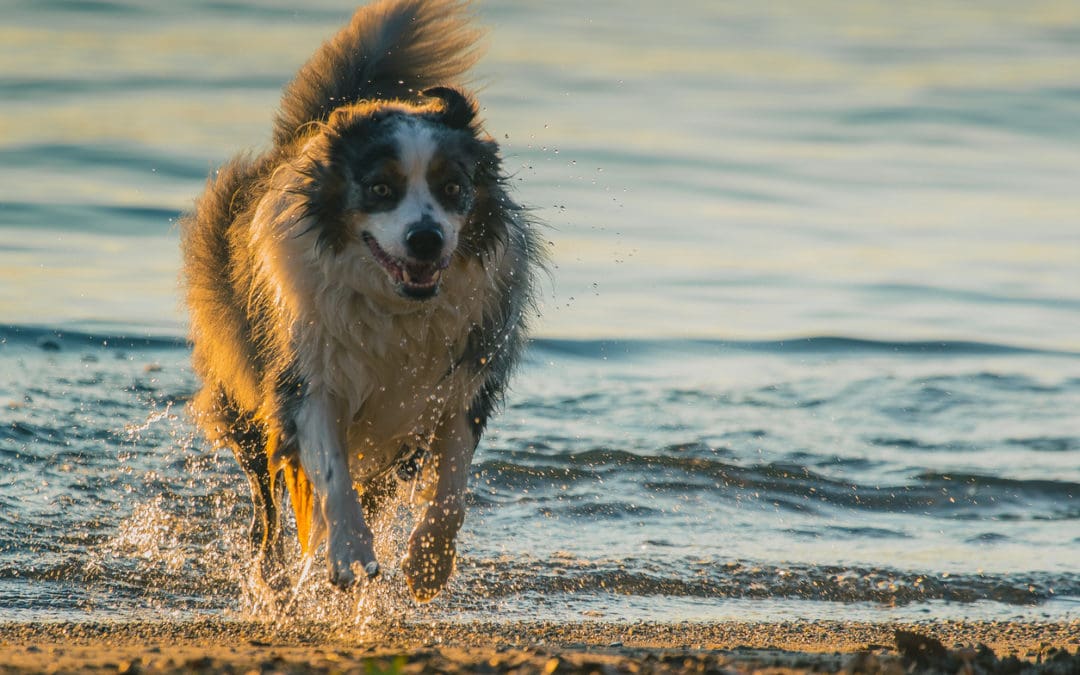 Blue-green algae, despite their name, aren’t, in fact, plants. While they live in both fresh and salt water, they’re actually microscopic organisms called cyanobacteria that give the appearance of algae when clumped together. They also produce powerful poisons or cyanotoxins, many of them capable of causing respiratory failure resulting in rapid death if ingested by dogs.

Not always blue-green in color, they can also be red and brown, and dogs are particularly susceptible to their deadly toxins for several reasons. First, they’re less likely to be deterred by discolored, foul smelling water. Secondly, they tend to swallow water while engaged in such activities as retrieving a ball from the water as well as playing and swimming in it. Thirdly, they’ll typically lick off that contaminated water from their fur and paws as soon as they return to dry land.

The deadliest of these four toxins are hepatotoxin and neurotoxin. The symptoms of hepatotoxin, which can result in liver damage or liver failure, include disorientation, diarrhea, blood in your dog’s stool or black, tarry stool, vomiting, weakness, pale mucous membranes, jaundice, seizures, shock and coma. The symptoms of neurotoxin, which destroys nerve tissue, include excessive salivation or tearing, blue discoloration of your dog’s skin and mucous membranes, difficulty breathing, muscle tremors, muscle rigidity and paralysis.

Should your dog come into contact with water you believe contains blue-green algae, rinse him off immediately, if possible, with clean water and bring him either to your vet or to the nearest emergency veterinary clinic. If caught early enough, before any clinical signs occur, therapy can be directed at ridding his body of the toxin. They may induce vomiting to remove the algae from his stomach. They may give him oral activated charcoal to absorb the toxin. They may also “pump his stomach” (a gastric lavage) in an attempt to remove as much of the material as they can.

But because the toxins enter a dog’s system so quickly, most dogs are already sick before they ever receive medical attention, with all too many passing away beforehand. Worse still, without a specific antidote for blue-green algae poisoning, treatment is sadly limited to supportive care. This can include giving the ill dog intravenous fluids and plasma to replenish his electrolytes, regulate his blood glucose levels, support the function of his organs, and prevent him from going into shock. Atropine may reduce any excessive salivation and tearing. Muscle relaxants may help with his muscle tremors, anti-seizure drugs can be administered if he has convulsions, and nutraceuticals given to support any waning liver function.

In spite of aggressive treatment, however, the prognosis for an infected dog is grim. But if your dog is one of those fortunate enough to recover from cyanobacteria, expect that recovery to take weeks, even months. While he may suffer from lingering liver damage and other possible complications, he can, with a supportive veterinary team on his and your side, still enjoy a good quality of life.

To avoid placing your cherished canine companion in this precarious position in the first place, heed this warning, “when in doubt, stay out.” Before embarking on any adventure involving water, check the swimming advisories in your area or at your ultimate destination for possible blue-green algae warnings. Keep your dog leashed whenever you’re around a pond or stream, river or lake if it’s dirty, foamy, or has mats on its surface. And never, ever allow your dog to take so much as a sip from any unfamiliar body of water. Another thing to look out for when around bodies of water is leptospirosis. Learn more about it in our article above.