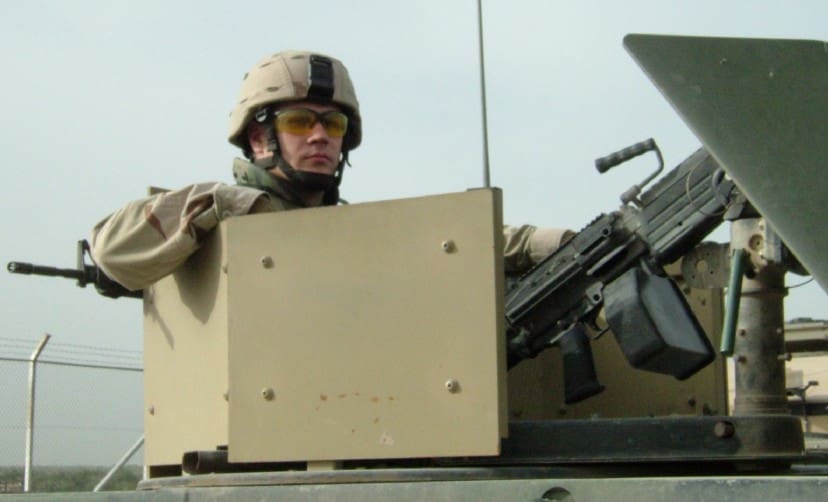 As part of their series on the “Life and Leadership Lessons Learned In The Military”, Authority Magazine interviewed our very own Thomas Bohne.

Thomas (Tom) Bohne is the founder and President of Kennel to Couch (K2C), a pit bull rescue organization founded in memory of his dog, Rocky. K2C teams with shelters, trainers, and local community partners to sponsor Pit Bulls who have been at their shelters for the longest period of time.

In the article, Tom shares that he joined the Army as a Signals Intelligence Analyst in February 1999 and served on active duty until April 2010. He completed overseas assignments in Germany, Japan and Australia and served two deployments to Kosovo and Iraq.
He learned two specific lessons that were shared: the value of life and people, and to say “yes” to almost everything. While he continues in the defense industry, he has leaned into his non-profit work. Tom says “Soldiers need a mission, and when they leave the service, many feel like they are lost in the wilderness with no direction. Their purpose and mission are no longer right in front of them.” For him, that mission is Kennel to Couch.
Tom shares that he has very big plans to grow Kennel to Couch to all 50 states in a way that ensures our efforts and partner shelters are funded in perpetuity. Once K2C reaches the ultimate endowment funding goals, they will reimagine what shelter life and the adoption process could look like with a own brick-and-mortar FURever Ranch. Tom encourages anyone interested to take a look at our roadmap and see our strategic vision of the FURever Fund.