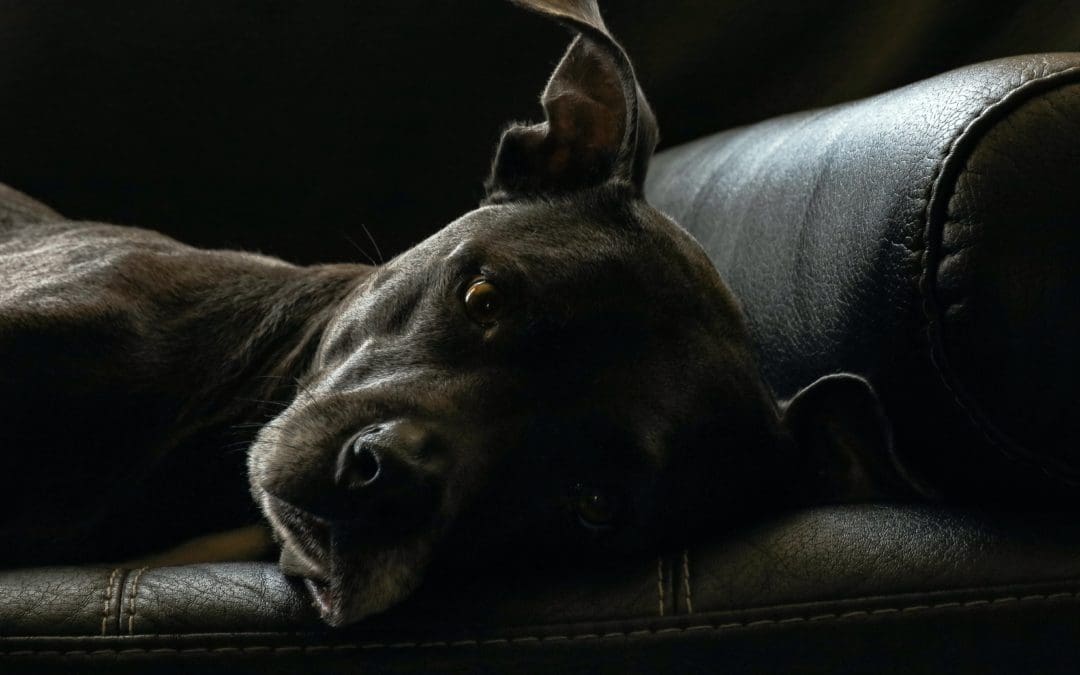 Hypocalcemia in dogs occurs when a dog’s blood level of calcium is lower than normal.

What then, is calcium and what does it do? Calcium is a mineral found in small quantities throughout a dog’s body. It plays a vital role in such diverse functions as bone growth, blood clotting, muscle contraction and the transmission of nerve impulses. And there are two forms of calcium in the blood: total calcium and ionized calcium, also called free calcium.

Its levels are controlled by the parathyroid glands, a pair of tiny glands embedded in the thyroid gland located just below the larynx or “voice box” overlying his windpipe. These two glands monitor his blood calcium levels, and whenever those levels are too low, they release a parathyroid hormone (PTH) in order to normalize them.

Low calcium levels can be indicative of, among other things, antifreeze poisoning, inflammation of the pancreas, kidney failure and parathyroid gland failure. In nursing females, heavy milk production can lead to hypocalcemia, known as milk fever, that can result in seizures, while dogs with abnormally low calcium levels may suffer from listlessness, loss of appetite, muscle twitching and weakness. In severe cases, they too may have seizures or convulsions.

If you suspect your cherished canine companion may be suffering from hypocalcemia, bring him to the vet and have him tested. The test for total calcium is simple and swift, fairly inexpensive and typically used as a preliminary test to measure his calcium levels. Its drawbacks? Total calcium can appear falsely decreased due to low levels of albumin (a blood protein that transports calcium throughout the blood stream) or because of delayed testing (a sample left too long on the counter).  But if the albumin levels are normal, and the total calcium levels low, its best to repeat the test to either confirm or contradict the results.

For this, your dog must fast for 12 hours with full access to water before the test which will also re-measure his albumin levels. If the repeated value for total calcium is still low, your vet may recommend he be given an ionized calcium test, considered the definitive test for measuring a dog’s blood calcium levels.

If your dog IS diagnosed with hypocalcemia, the next step is to identify its underlying cause. This will involve tests to assess the health of his digestive system, kidneys, pancreas and parathyroid glands, as well as tests to check for any evidence of antifreeze poisoning or nutritional problems.

Because the parathyroid glands are responsible for controlling a dog’s calcium levels, measuring his parathyroid hormone level is the easiest way of determining if these glands are functioning properly. Should your dog have both hypocalcemia and low levels of PTH with no evidence of any other disease, then primary hypoparathyroidism is the likeliest culprit – the result of poorly functioning parathyroid glands. This condition can be controlled by a medication called calcitriol (brand names: Rocaltrol®, Calcijex®) along with nutritional supplements containing calcium and vitamin D.

On the other hand – or paw — hypocalcemia that develops secondary to some other condition usually improves or resolves completely once that underlying condition has been treated successfully. Learn more about a variety of dog health conditions on the Pibble Press.