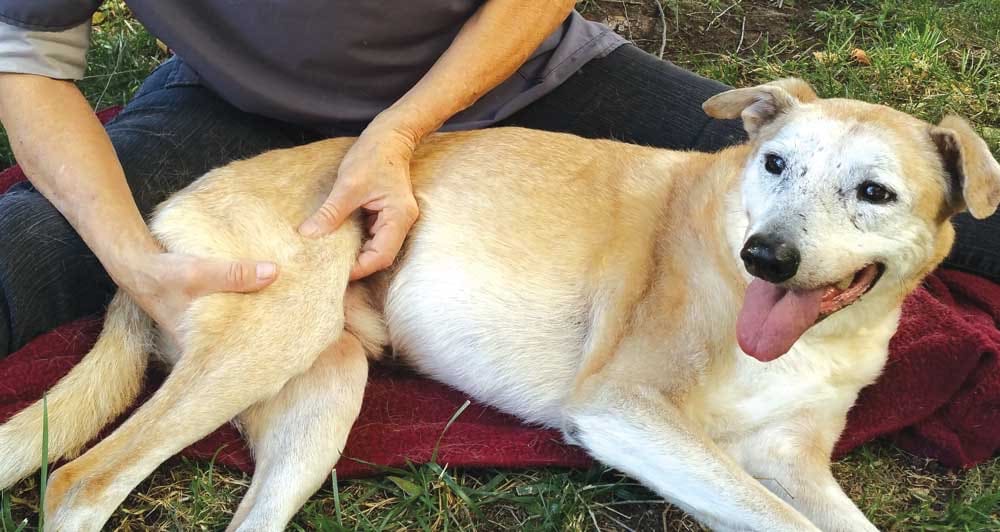 A mast cell tumor (MCT) consists of mast cells (white blood cells often called “allergy” cells found in many tissues of the body) that most commonly form nodules or masses on a dog’s skin. Like all cancers, why dogs develop this particular form of the disease, can’t be attributed to a single cause. Most appear to be the result of a combination of several factors – environmental, genetic and hereditary. Of the various genetic mutations contributing to the development of mast cell tumors, one is a protein called KIT that is involved in the replication and division of cells.

Mast cell tumors of the skin can occur anywhere on a dog’s body and can vary greatly in appearance. Not only can they present as raised lumps or bumps on or just under the skin, they can also be red, swollen or ulcerated. While some may be there for months without growing, others can appear suddenly and grow quickly, while still others can suddenly grow quickly after months of no change. They may also fluctuate in size, getting larger or smaller, either spontaneously or due to agitation of the tumor, leading to the mast cells’ contents being released (degranulation), thereby causing the surrounding tissues to swell.

With degranulation, various chemicals and compounds can freely enter the bloodstream and cause problems elsewhere in a dog’s body. Ulcers may form in his stomach or intestines and cause loss of appetite, lethargy, vomiting and black, tarry stools associated with bleeding. Less commonly, these same chemicals and compounds can lead to anaphylaxis, a life-threatening allergic reaction. And although rare, mast cell skin tumors can spread to a dog’s internal organs, causing an enlarged spleen, liver and/or lymph nodes, sometimes accompanied by a build up of fluid in his abdomen, making his belly appear swollen or rounded.

Mast cell tumors are typically diagnosed through fine needle aspiration. This process involves taking a small needle with a syringe, suctioning a sample of cells from the tumor and placing it on a microscope slide for a veterinary pathologist to examine. Where more aggressive tumors are suspected, taking a biopsy and performing a prognostic panel on the tissue sample as well provides invaluable information on the genetic makeup and abnormalities of the tumor, all of which help to determine a dog’s prognosis. The tumor is then graded from I to III, with grade I being much less aggressive than grade III, which has a greater tendency to metastasize.

Despite the range in prognoses, mast cell tumors are one of the most treatable types of cancer, with lower-grade tumors being relatively simple to treat. But whether low grade or high, checking for signs of it having spread to other areas in a dog’s body is always advisable. In lower-grade tumors with no evidence of spread, surgery is usually the best option for providing long-term control without the need for chemotherapy.

In higher-grade tumors, though, even without evidence of spread, a combination of surgery and chemotherapy is often recommended. Another option is radiation therapy if the mass isn’t in an ideal location for removal or if, after surgery, there’s a risk of some cancerous cells being left behind. Sadly, however, for tumors that have spread beyond the lymph nodes or are present in a dog’s gastrointestinal tract, spleen or liver, the prognosis is usually poor. In cases like these, the treatment’s goal is palliative, aimed at maintaining as good a quality of life for that dog as possible — for as long as possible.