Kennel Cough: What is it and What to do About It 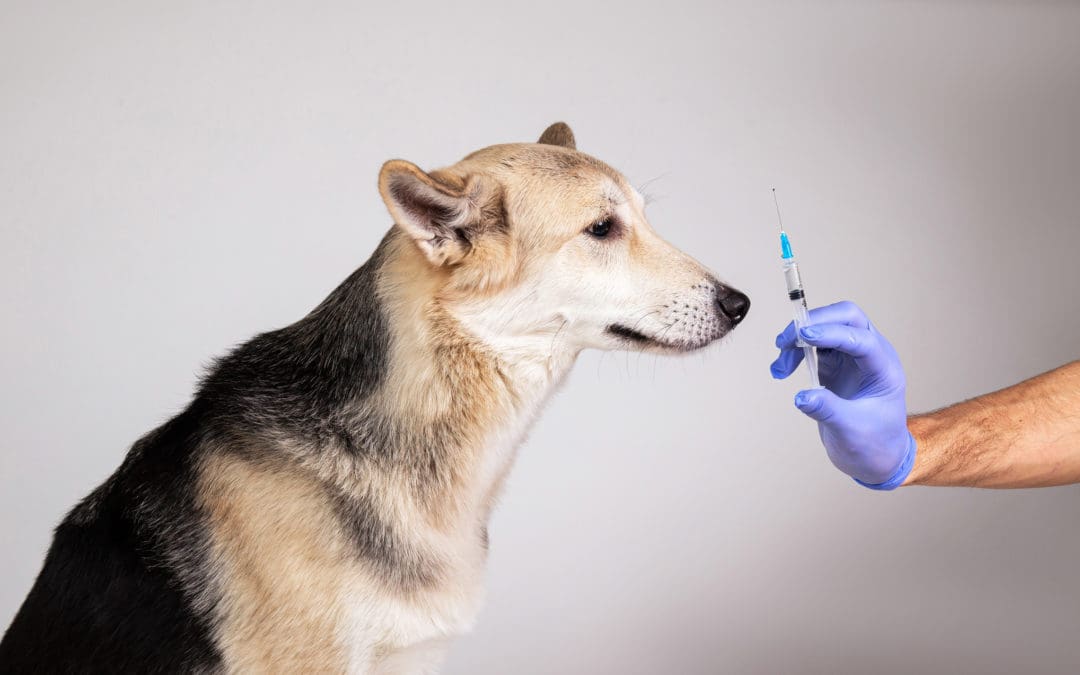 Kennel cough or infectious tracheobronchitis in dogs is usually caused by a combination of Bordetella and viruses like canine distemper or canine influenza. These viruses weaken their immune systems and attack the cilia (microscopic eyelash-like filaments) lining their respiratory tracts, resulting in the inflammation of their upper airways. Not only does this irritate their airways and produce a dry cough it also makes them more susceptible to a secondary infection.

Kennel cough is highly contagious. So named because it spreads quickly through kennels, it can be transmitted by aerosols released whenever a sick dog coughs, by direct contact with an infected animal or by sharing contaminated objects. It also spreads quickly through venues as varied as animal shelters and pet stores, breeding, grooming and boarding facilities, dog training classes and dog shows. But it can just as easily be contracted and spread by a healthy dog greeting an infected dog during a walk or by a healthy dog drinking from a contaminated water bowl at the park.

While any dog can get kennel cough, puppies and unvaccinated dogs are most at risk. Its symptoms usually develop three to ten days following exposure, causing a persistent, nonproductive cough that sounds as though something’s caught in his throat and he’s either gagging or trying to clear his throat. Or he may make those infamous, deep honking noises. And while infected dogs may otherwise act and eat normally, exercise or even excitement can exacerbate their symptoms.

If you suspect your dog might have kennel cough, see your veterinarian as quickly as possible. (In a multi-dog household, isolate him from the other dogs to avoid spreading it). With no specific test for kennel cough, it’s basically a diagnosis of “exclusion.” Your vet will begin by examining your dog to exclude other causes of nonproductive coughs – from a collapsing trachea and fungal and parasitic infections like heartworm disease to heart disease and cancer. Based on the examination’s results, history and, if needed, blood work and x-rays, your vet can determine whether or not your dog has kennel cough.

If he does, treatment will depend on the severity of his symptoms. In very mild cases, medications aren’t usually prescribed since the disease is self-limiting, much like a human cold, and will simply run its course. Using a humidifier in your home and a harness instead of a collar and leash to avoid irritating his neck and throat on walks can also help. More serious cases are treated with oral antibiotics and, quite often, a cough suppressant as well. While the majority of cases should resolve themselves within seven to 14 days, if your dog’s symptoms either don’t improve or worsen, promptly notify your vet.

Because kennel cough can occasionally progress to pneumonia, puppies with an immature immune system and older dogs with a weaker immune system are at greater risk for developing pneumonia. If your dog becomes listless, stops eating, has difficulty breathing, develops an excessive green nasal discharge or a productive cough, see your vet immediately.

Fortunately, however, there are now three kinds of vaccines — an injectable, an intranasal and an oral – available to you. While they may not provide 100% protection, they provide SOME protection against kennel cough and decrease the severity of its symptoms.

To learn more about kennel cough and the best way to protect your dog from it, speak with your vet.