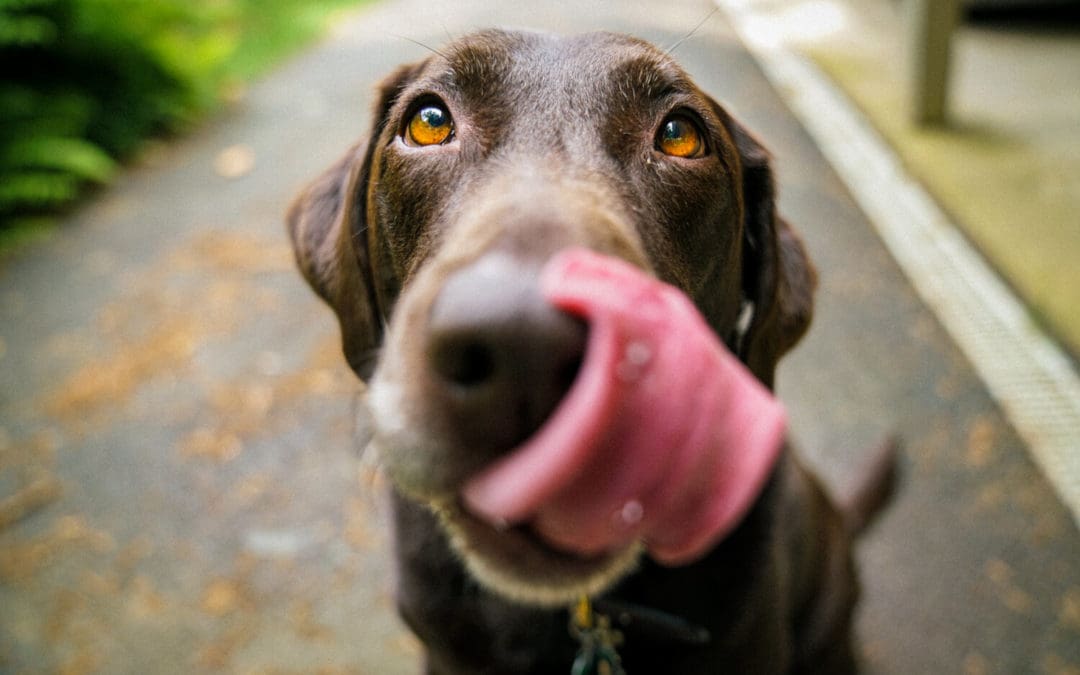 Coprophagia is the act of eating and ingesting feces. Studies have shown that what is repulsive to humans is normal and natural in dogs at the earliest stage of their lives.

Mother dogs will lick their puppies to urge them to eliminate, then clean their feces for the first three weeks. Puppies will also engage in this behavior, considered to be part of the process of exploring their world, eating both their own fecal droppings and those of other dogs, and in most cases, this behavior will fade before they’re nine months old.

In adult dogs, however, coprophagia may be the result of an underlying medical condition that can lead to an extreme increase in appetite. The most common medical conditions are parasites, diabetes, inflammatory bowel disease, anemia, vitamin deficiency, malnutrition, thyroid disease and neurological disease.

If your dog is eating his own feces, your vet will have to determine whether it’s medical or behavioral in nature. A full blood profile will be conducted, including a chemical blood profile, a complete blood count, and a urinalysis. If his coprophagia IS the result of an underlying medical condition, it often stops once treatment (some owners have found vitamin and enzyme supplements helpful), with follow up visits recommended during the first few months. 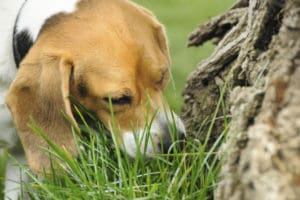 In many cases, however, coprophagia in dogs is the result of either environmental stress or behavioral triggers such as:

Isolation: Dogs kept alone in kennels or basements are more likely to eat their own feces than dogs living close to their owners.

Restrictive confinement: Seen in dogs rescued from crowded shelters, their having spent too much time confined in a small space can cause it.

Anxiety: Punishment used during house training, according to one theory, may cause dogs to eat their own poop to literally “get rid of the evidence”, for which they’re punished even more, thereby creating a vicious cycle.

Attention seeking: Some dogs may eat their own feces to elicit a response from their owners.

Inappropriate association with actual food: Dogs fed close to where they defecate (on a training pad, e.g.) may soon have difficulty distinguishing between the two odors.

If your dog’s coprophagia IS due to behavioral problems, give your vet a detailed history of his general health, diet and appetite, environment, handling practices and recent activities, and then, working together, take steps to hopefully remedy the situation. These include: keeping your dog’s living area scrupulously clean (including the yard), leaving no feces for him to eat; promptly scooping up his poop during your walks, and teaching him the commands “leave it” and “come,” rewarding him with a treat when he comes to you instead of staying where he is and eating his stool. Read more on dogs affected by Pica, on the Pibble Press.