The Benefits of Force-Free Dog Training 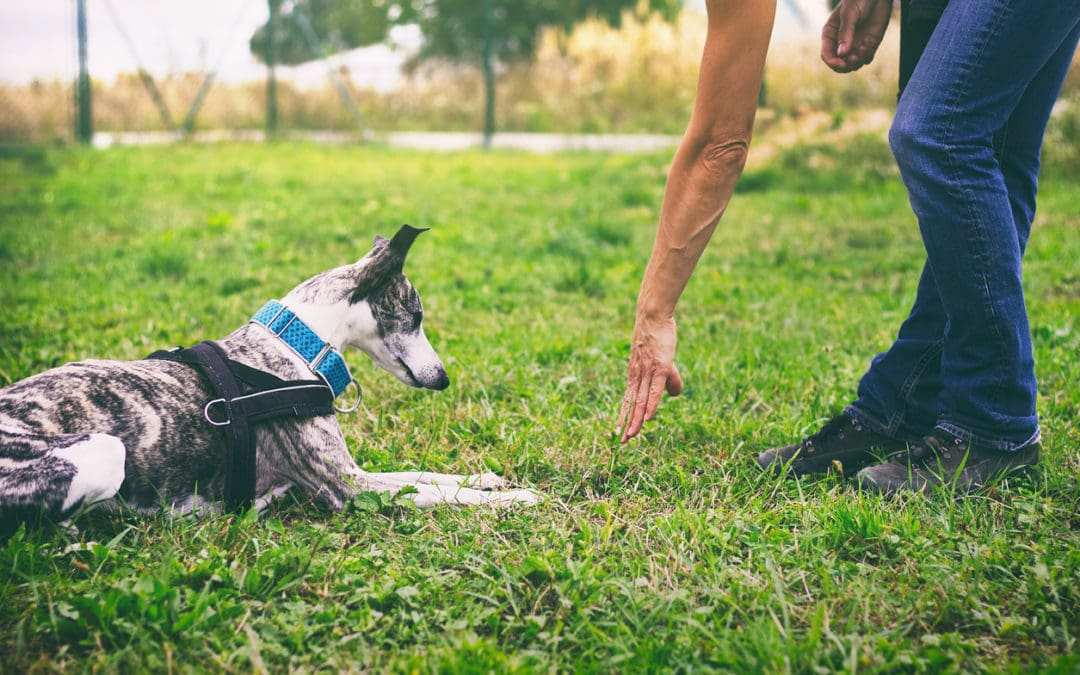 The most up-to-date, science-based training approach, force-free dog training is not only an especially effective way to train your dog, it also builds a strong bond of trust between the two of you. But it requires time, patience, commitment, and, in particular, repetition, repetition, repetition for this approach to ultimately succeed.

What, then, is force-free training? At the heart of this technique is positive reinforcement.

When positive reinforcement is used, dogs learn to connect a desired action with rewards (food, treats and toys) and/or praise. By providing dogs with consistent rules and a fixed structure, they’re being taught to understand what’s expected of them. And by promptly rewarding them for any desired behaviors, it greatly increases the likelihood of the repeating those behaviors over and over again in the future.

Force-free training also involves teaching dogs proper manners without pain, threats, intimidation, force or coercion. It’s accomplished without the use of choke chains, pinch, prong and shock collars, physical manipulation to change their position, pushing or pulling them by the leash or collar, and kicking or hitting them with an object, a foot or a hand in a misguided effort to win their compliance.

Negative punishment – the process of ignoring or correcting unwanted behaviors — is also an integral part of force-free training. For example: Ignoring a dog’s persistent barking for attention lets him know that his behavior won’t get him either the attention or the reward he’s seeking. Shouting at him, on the other hand, actually rewards and reinforces his barking. Time-outs are also a form of negative punishment, as are turning and walking away when a dog jumps up. If a dog’s accustomed to being rewarded for good behavior, the absence of positive attention “tells” him that he’s done something wrong. 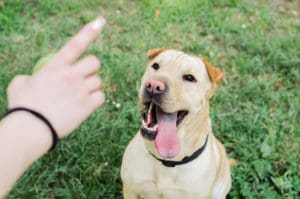 To put this method into practice with your own dog, begin with the basics and build up to more challenging behaviors while, at the same time, establishing those unbreakable ties of respect and trust between you. Get started on force-free training today with our FREE Kennel to Couch Training videos or go even further with a Dognostics Course! Don’t forget to use the coupon code KENNELTOCOUCH to receive 30% off any of the dognostics courses

Using treats as rewards, start with such simple, one-word commands as “come”, “sit”, “stay”, “down”, “no” and “paw”. Reward him immediately after each successful response and repeat the exercise as often as needed to ensure that he’s both compliant and confident.

Then start applying the commands to new situations. Begin, for example, with “sit” when people visit your home. Instruct your dog to “sit” to keep him calm and prevent him from becoming overly excited and jumping up on them. If he obeys, reward him with either some high value treats or several pats on the head to let him know that he’s done well. Over time, this behavior will not only become second nature to him, he’ll start each subsequent interaction with visitors by automatically assuming a “sit.”

The second step is teaching him to remain calm whenever you return home after being gone. Although your dog’s natural instinct will be to welcome you back eagerly and excitedly, it’s your responsibility – as difficult as it may be — to ignore him. Even if he barks or whines, jumps up or rolls over in an attempt to get your attention, do NOT look at him, speak to him or pet him.

Once he calms down, stops his unwanted behaviors or sits (for some dogs, this can be within minutes while others may take far longer), reward him with treats or several pats on the head. By NOT reacting to him and only rewarding him for “behaving himself,” your dog will soon learn that greeting you calmly and quietly is the correct behavior.

The third step is loose-leash walking. This involves teaching your dog to walk beside you or at least very close to you, thus allowing you more control over him and, ultimately, over his wellbeing. Whether you’re taking a walk, going to the dog park or visiting a pet store, you can keep your dog safer if he’s right by your side and paying rapt attention to your every move.

Whenever your dog pulls or stops, simply turn and walk casually in another direction. By removing his control over the direction of the walk, then rewarding him when he turns to follow you, you’re letting him know that this is the behavior you want.

With these few basics of force-free training under your belt, you and your cherished canine companion should be well on your way to becoming the best of forever friends.