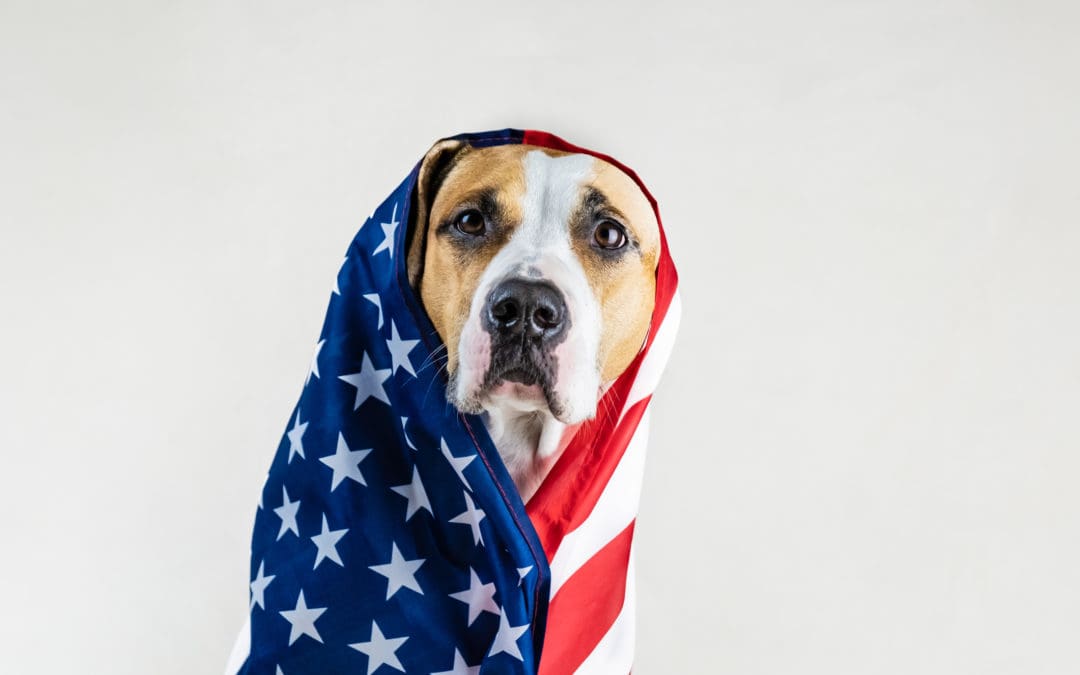 At the turn of the 20th Century, Pit Bulls were known as America’s Dog. So what happened? Today, over 10 states have passed legislation to ban Pit Bulls completely. Somewhere along the way, Pit Bulls became labeled “vicious” and a “danger to society.” The original Pit Bulls – also known as “Pit Bull Terriers” and “Bull and Terrier Dogs” were strong and friendly, a trait that continues to exist today. Pit Bull Advocacy is at an all-time high today, but it wasn’t always this way.

In the 1800’s, a sport known as “bull baiting” became a popular pastime in the British Isles. Old English Bull dogs were bred to bait bulls into immobility for sport. When this sport was outlawed, dogfighting continued to be all the rage. Bull dogs were crossed with Terriers and released into a “pit” to fight and kill one another, hence “Pit Bull.”

During the surge of immigration to America, many families kept their Pit Bulls, for they were highly intelligent and friendly family pets. Historical photos exist of the Pit Bull protecting the young family children, acting as a nanny dog. Some Pits even allegedly had jobs on the family farm. Though bred to fight and attack, the Pit Bull became notorious for being sweet family companions. During WWI and WWII, Pit Bulls were even featured as a national mascot, representing protection and fearlessness.

In the 1980’s in particular, the Pit Bull’s well-mannered reputation began to go south. A resurgence of dogfighting swept America. The once beloved and positive image of the Pit Bull took a turn for the worst, as aggressive behavior became reinforced, animal abuse spiked, and the now stereotypical chains and spiked collars became a penchant for Pit Bull owners. Though outlawed in 1978, dogfighting unfortunately continues today, and has contributed to the negative image of the Pit, causing breed bans to this day.

The Rise of Pit Bull Advocacy

In the early 2000’s, the uncovering of several dog fighting rings, helped spawn opportunities for Pit Bull groups to lobby for the breed’s reputation. Since then, the Pit Bull image has received public attention for their ability to be rehabilitated and placed into loving homes. Most notably, the television series Pit bulls and Parolees, which launched in 2009, has showcased the breed’s resilience, as well as their gift for rehabilitating the human spirit. The show follows renowned trainer Tia Torres, founder of the Villalobos Rescue Center, who gives paroled felons a chance at redemption by giving them the tools to train abandoned and abused Pit Bulls so they are ready to enter new homes as the family pet. Not only do the Pit Bulls get a second chance at life, but they give the parolees a renewed purpose.

Now more than ever, Pit Bulls need our help. Though breed specific legislation (BSL) is still in effect in jurisdictions across the country, advocates for Pit Bulls have made great strides to ensure justice for America’s favorite dog. With proper breeding and training, Pit Bulls in shelters across the Nation can be saved and avoid becoming another dangerous dog statistic. Organizations like Kennel to Couch, a Pit Bull Adoption Advocacy group, strive to provide incentives to families adopting Pit Bulls by giving tools, training, and support at no cost. Consider giving to a Pit Bull charity donation today, and help Pit Bulls make America great again.