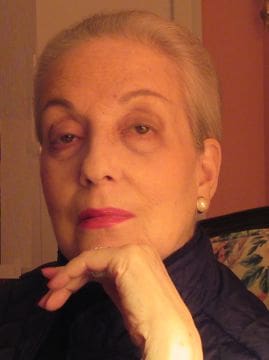 Words are my passion and were my profession. A journalism graduate, I’ve been a poet and best selling novelist, advertising copywriter and industrial editor, Public Relations director of a major hospital and author of hundreds of articles. Having grown up in an “allergic” household, we had no pets, and owning one never occurred to me. Then, in 2011, I fell in love with Uggie, a Jack Russell terrier in the Academy Award winning film “The Artist.” Don’t ask me why. Writers can’t explain their obsessions, and Uggie, a rescue dog, became mine, followed swiftly by a second one: the world of animal rescue. In 2013, I began volunteering my writing skills to rescue groups in Canada and the US. One year later, I adopted Mini, a 6-year-old Maltese, and experienced, for the first time, the exquisite intensity of unconditional love.

I found my third obsession – pit bulls – after stumbling upon Animal Planet’s TV series “Pit Bulls and Parolees.” What captured my heart was the ability of these abused and abandoned dogs to forgive and to trust their rescuers, responding gratefully to them with their wide, silly smiles and trademark, wagging tails. Now, as part of K2C’s passionate team whose mandate mirrors my own, I’m passionate about educating as many people as possible when it comes to this most misunderstood and much-maligned breed, and to ensure that the shelter dogs we sponsor find the loving forever homes they so rightly deserve.